Maluku Islands, also known as Mollucas or Molluken, an archipelago that lies between Sulawesi Island and Papua Island. Consists of approximately 2896 large and small islands and 2030 of them have not been named and there are hundreds of uninhabited islands. Administratively, the island is divided into two provinces, North Maluku and Maluku. 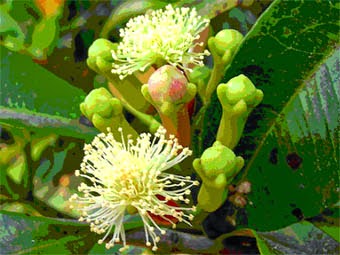 Maluku Islands is endowed with the richness of spices. In the past, Europeans recognized Maluku Islands as “Spices Islands”. And this was the main cause for Europeans to come and to dominate this area. Portuguese, Spanish, Dutch and English competed to monopolize the spices trade from these islands. Later, Japanese occupied this islands during World War II.

The relics of the colonial primarily is fortress. There are so many fortress which had been established in the islands. Even some islands have more than one fortress, like the island of Neira.  There are 2 famous fortress, Fort Belgica and Fort Nassau. Fort Nassau was built in 1609 and Fort Belgica in 1611. Both were built by the VOC (Vereenigde Oostindische Compagnie / East Indies Trading Company) to control the trade of spices, especially nutmeg, in Neira Island. In addition, as a defense against local communities who oppose the monopoly of the spice trade. 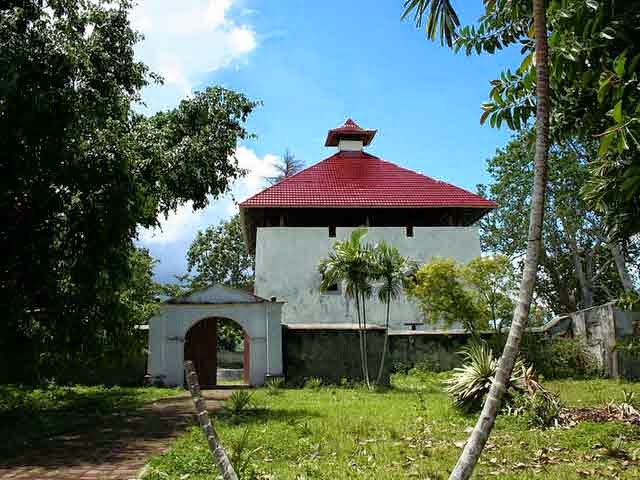 There is also a Fort Victoria in the city of Ambon and Fort Amsterdam is located 42 km from the city of Ambon.
Almost all of the VOC fortress came from the fortress of the Portuguese or the Spanish who then expanded and reinforced by the VOC. And its function is to control the spice trade and defense against local communities who oppose the monopoly of the spice trade . 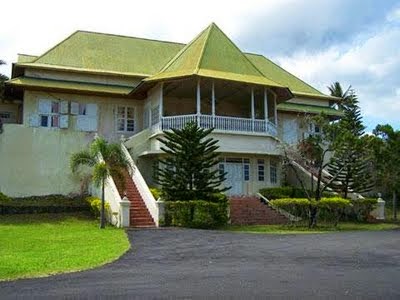 In addition, there are also many heritage buildings from the empire that once ruled in the Maluku islands, such as Ternate Sultanate, Tidore Sultanate and Bacan Sultanate.
Each still has the sultan and the palace that stands today. However, the function of the current sultan is the successor of the sultanate culture and they do not have any more political power because they are now incorporated in Indonesia Repubilk. 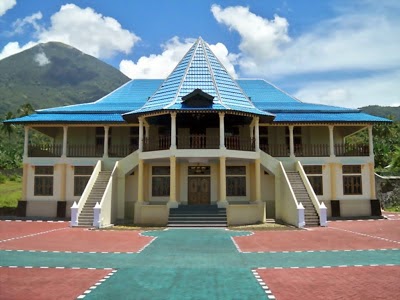 Therefore, sometimes they do not live in his kingdom, for example, the 21th Sultan of Bacan is a computer specialist who lives in Ohio, USA. Actually, there are still Sultanate Jailolo, however its history is still in traced.
Nowadays, the rest of their heritages, especially fortresses dan palaces,  become a wealth of history in the Maluku Islands.

Maluku is also endowed with beautiful nature. There are many islands that have beautiful beaches. In addition, there are many fascinating underwater world and become a popular dive site.
Ora Beach on the Island of Seram, Central Maluku, is one of the beaches that worth to visit. There is a resort that provides 6 wooden cottage with a thatched roof. The  background is the hills of the National Park Manusela. Imagine, a combination of wooden cottages on the clear turquoise waters and green hills of Manusela that makes Ora Beach scenery is so fantastic. Also the underwater world so fascinating and a good dive sites.
Ora beach is just one of the beautiful beaches in the Maluku Islands. There are many more beautiful beaches are stunning.

If you love the history of World War II, then visit the Island of Morotai. Morotai is an island that became the basis for the Japanese Army's defense against the Allied attack. Then, after the Japanese left the island, the Supreme Commander for the West Pacific, General Douglas MacArthur, find that the island is very strategic to be a military base to reclaim the Philippines from the Japanese.

So then, there were  built several airfields and a large hospital with a capacity of 1900 beds. There is also a naval base. At some point, Morotai became the basis for the 60,000 allied troops.
Today, the remains of military bases that can still be found even though most of them have been damaged and destroyed.
In 1974, an ex Japanese Army of World War II, called Teruo Nakamura,  was found still hiding in the forest Morotai. He does not know that the war ended a long time ago.

Maluku Island has been granted with natural beauty, both above as below the sea and of course, this islands attracts divers, sailors and cruise ships from around the world. People say that its beauty can only be matched by Raja Ampat, Papua, which also has an ultimate underwater adventures.

One of the most popular destinations for divers is Banda Islands. Divers, both experts and beginner, will find an amazing diving experinces here. This diving spots have vary the shallow lagoon between Bandaneira and Gunung Api, to the vertical walls of Hatta Island. And some of the globe's most pristine, biologically diverse coral reefs also can be found here. 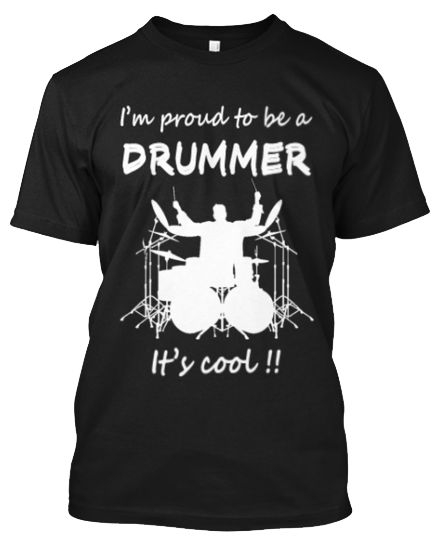 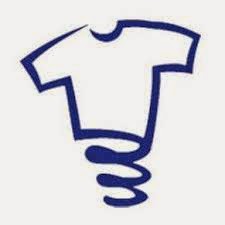 Create & sell t-shirts you can be proud of